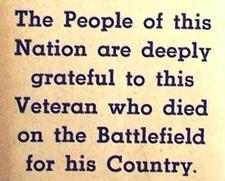 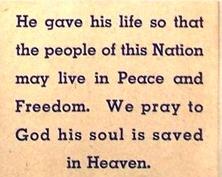 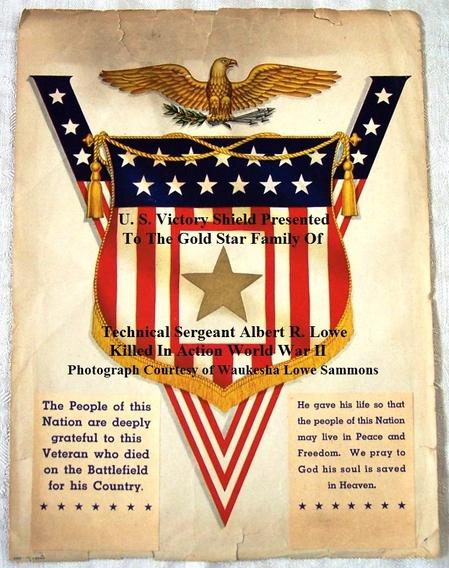 Perry County, Kentucky Military Legacy Contains A List of Soldiers, Sailors, Airmen and Marines, who served from the American Revolutionary War to Operation Iraqi Freedom.  Their parents, hometowns, photographs, letters and genealogy are included in the data along with places beyond the Perry County border.  Use the information as a guide for further research and for non-profit reasons only.  Please do not consider the ongoing data to be correct or finished.

“MAY THE PAST OF OUR MILITARY LEGACY BE EVER PRESENT, AS WE REMEMBER AND NAME OUR WARRIORS.   LET US HONOR ALL, WHO MADE THE ULTIMATE SACRIFICE OF DYING FOR FREEDOM.  LET US PRAISE ALL, WHO SURVIVED THE WAR, RETURNED HOME AND BORE WITNESS TO HEROIC DEEDS OF ACTION, WHICH HAD BEEN PERFORMED IN THE PURSUIT OF VICTORY AND PEACE.” ~~~~ Waukesha Lowe Sammons, Daughter and Only Child of Technical Sergeant Albert Roy Lowe of Kodak and Vicco, Co G, 359th Infantry Regiment, 90th Infantry Division, First and Third Army, Killed In Action, World War II.

“ALBERT ROY LOWE’S GOLD STAR MOTHER WAS UNABLE TO BEAR HIS DEATH ON THE BATTLEFIELD IN SILENCE.   HER SCREAMS OF AGONY ECHOED THROUGH THE NARROW VALLEY, BEAT HARD AGAINST THE HILLS AND EVOLVED INTO PRIMITIVE WAILS OF PROTEST AT OUR LOSS.”  ~~~~ Waukesha Lowe Sammons

“LIKE A WEAVER AT A LOOM, I USED GOLDEN THREADS OF MEMORIES AND SILVER THREADS OF SACRIFICE TO RECONSTRUCT THE FABRIC OF MY FATHER’S LIFE.” ~~~~ Waukesha Lowe Sammons, daughter and only child of Technical Sergeant Albert Roy “Jake” Lowe (1917-1944) of Kodak and Vicco in Perry County, Kentucky, who was a Silver Star Medal Recipient for actions taken on the Fourth of July in the vicinity of Suzanne, France, served in Company G, 359th Infantry Regiment, 90th Infantry Division of the United States Army and was Killed In Action in France in World War II.
Articles Published:  “Albert Roy ‘Jake’ Lowe, A Man Worth Knowing”, Kentucky Explorer Magazine, April 2010;   currently on the 90th Division Association Website, “Remembering Technical Sergeant Albert R. Lowe, KIA, WWII.”

IN MEMORY OF MY PATERNAL GRANDPARENTS

MARRYLE LEVISA LITTLETON (1895-1977), a Gold Star Mother of Kodak, Perry County, Kentucky.  Levisa was the third-great-granddaughter of Thomas Wiley and Virginia Jenny Sellards Wiley, who was honored by the creation of Jenny Wiley Kentucky State Park in 1954.  Levisa was the granddaughter of Mary Salisbury and George Washington C. Littleton, Sr. (1830-1864), a Union Army soldier, who died in Louisiana during the American Civil War.

JAMES FRANKLIN LOWE (1888-1974), a Gold Star Father of Kodak, Perry County, Kentucky.  James was the great-great-grandson of Lydia Burchfield and Jacob Rose, who served in the War of 1812; the grandson of Mary Elizabeth Murphy and John J. Rose, a Civil War Union Soldier; the great-grandson of Mary Lemming and James W. Rose, a Civil War Union Soldier, who Died of Wounds received at the Battle of Middle Creek in Kentucky.

IN APPRECIATION OF THE CONTRIBUTIONS BY: